the problem with capitalism 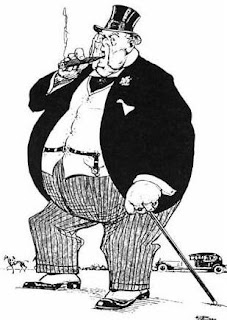 I have just been listening to a very good talk by Peter Schiff where he concludes by saying that the dollar will soon collapse in value, and then it will be the Chinese who are buying cars, and the Americans who are riding bicycles!

I have been guilty before of blaming the current financial and economic meltdowns on the actions and excesses of capitalism, but really this is not an accurate picture. True free-market capitalism would not have created the current mess - it is the result, not of free markets, but of interference in those markets. The housing bubble was created by artificial lowering of interest rates in the wake of the dot com bubble burst, and was also encouraged by tax policies that favor buying against renting. In the US, things were made far worse by the government guaranteeing mortgages, first implicitly, and now explicitly, through Fannie Mae and Freddie Mac. And the results of the bursting housing bubble are now being expanded and exacerbated enormously by giant government bailouts. Such market manipulations are entirely against the spirit of free market capitalism. Unfettered free market capitalism would have allowed the bankrupt institutions to fail, driving the bad debts out of the system. Those who had made bad decisions would have suffered the consequences of their own actions. In fact, if interest rates had been set by free market forces, there would not have been such a giant asset bubble in the first place.

However, capitalism is old paradigm, being based on competition, power, and rigid hierarchical structures of command. In a capitalist system the rich get richer and the poor get poorer. The vices of greed, selfishness, and lust for material possessions, produce an advantage in capitalism - in general terms, the more voracious you are, then the more rich and powerful you will become. The greedy take control of everything, and most people become pawns in their power games.

What we are witnessing now with the US is the end game of capitalism - the decadent phase, whereby the US (and the west in general) have become like very spoilt children, accustomed to indulging every perverse whim, and growing fat and inert and inept on the backs of Chinese and Indian workers. The developing world toils and sweats, and the developed world consumes the spoils. We are now too fat and lazy to do anything much ourselves, other than play increasingly twisted tricks on our eastern worker slaves, as we persuade them to lend us all their money so we can keep buying their goods. We have no means to pay back these loans, and finally the Chinese are starting to realise this - in future they will sell their goods to their own people, and in so doing they will progress from being our slaves to enjoying the fruits of capitalism for themselves. In theory. In practice, there is unlikely to be a functional capitalist system remaining after it hits the concrete wall of global financial collapse, and even if there is, it will then run immediately aground in the sand trap of scarce resources.

The end result of world-wide capitalism, if it were allowed to reign unfettered by governments, would still be the raping of planet earth - the destruction of the forests, the killing of the soil, the poisoning of the oceans, the depletion of mineral resources, the cheapening of culture, and the subjugation of spirituality by material values.

The problem with capitalism is not the freedom or otherwise of the markets, but rather it is a problem equally inherent in communism and socialism - the lack of virtue in humanity itself. It is corruption, now more endemic than ever in the human race, that dooms us to suffering and self imposed misery. If we all looked out for each other, instead of looking out for ourselves, and if we all understood that, as spiritual beings, we are all one, then we would all understand the value of virtue. If I hurt my fellow man in order to help myself, then in fact I hurt myself also. If we, as a race, are not honest and caring and loving and giving, then we suffer, and we destroy, ultimately, everything we touch. This is the big lesson for us in the current destruction of our old "civilization". We have brought it on ourselves through false values. We have been like a plague of locusts, intent only on feeding ourselves right now, at the expense of having any food left for tomorrow.

I have said before that capitalism has eaten itself. And I will say it again in future, I am sure. But it is not actually capitalism that has done the eating. We did the eating ourselves, and it is our lack of humanity which has led us to embrace such a system. We lost sight of what we are - divine beings incarnated in human bodies, playing games in paradise, at one with the loving embrace of mother nature - and instead we have come to define ourselves in terms of physical appearances and material possessions, driven by fear and selfishness, greed and lust, and desperate to "get ahead" of our neighbors.

This is profoundly misleading oversimplification.

The problem of Capitalism is the "Laiseer-faire" principle. This house bubble was NOT created by the way you put it; that's an ideologically biased myth. As Paul Krugman aptly has pointed out, it WAS created by the unregulated shadow bank system. How did this disaster "work"? This way: the shadow banks generated uncontrolled fictive money supply boost, in turn engulfed by speculation in AAA-rated air papers, thereby reducing money circulation velocity, veering off inflation for the time at the giant future cost of this financial bubble now bursting.

As any person with elementary aquaintance with economics should know, the free Market - in itself an abstract concept with no immediate bearing on reality - cannot take care of everything optimally. It must be corrected; and the bank system has to be regulated.

Above all, the very concept of "free market" is self contradictory. What actually happens is concentration and monopolisation, bestowing hegemonic market power on a dteadily diminishing crand cartel, and what's the final outcome? This: a superbly planned commando economy controlled, not by common interest, but by Plutocracy. Consequently, the paradigm of neo liberalism - this fatal intellectual disease! - ends up precisely in it's somewhat moebius band kind very opposite: inverted Socialism.

Futhemore, the steadily increasing interdependence between economic agents inevitably entails externalization of production cost thus inexorably distorting the overall economy through aggregate dysfunctionality, call it "macro externality", till the very system of Capitalism itself grinds to an halt.

Isn't this a Doomsday prophecy, you may ask? Yes it is!

Anyhow we must once and forever do away with basic binary misconcepgtion of Market and Plan as contraries; they are not. They are synergic. What could be done? Not Liberalism, not Socialism, but somethingin-between, or even better: some kind of a dialectical synthesis.

It must as well ber understood that any nonsencically dogmatic postulate saying State Is Stupid, is bound to generate meaningless inference; rubbish in, rubbish out. Does incompetent intervention damage the economy? Why, of COURSE it does! And what do we learn by that? Nothing, absolutely nothing.

Peter, yes, I like simplicity and thus simplification, but you missed my point: regardless of the level of intervention in a market, if that market is being made, or manipulated, by corrupt people, then the end result will be unpalatable.